2022 marks the 50th anniversary of the normalization of diplomatic relations between China and Japan. The two countries have jointly made efforts in economic and cultural collaborations and other fields, acquiring considerable achievements over the past five decades. As the prelude to the next journey of the centennial milestone, another 50 years from now, is about to commence, the China Public Diplomacy Association and the Events Committee of the 50th Anniversary of Normalization of Japan-China Relations will jointly hold a series of nongovernmental events to commemorate the 50th anniversary of the normalization of bilateral ties, in hopes of further facilitating mutual understanding and communication.As a Japanese business in the Chinese market since 1980, Dentsu Group has devoted itself to the promotion of Chinese-Japanese friendship and business cooperation through advertising for over four decades. At the 50th anniversary, dentsu has been actively participating in the preparations and organization of nongovernmental ceremonial events.DENTSU CREATIVE, as an agency in charge of such ceremonial events for a long time, with the collaboration and support of sponsors and partners, has finalized that the event will be held on September 24 and September 25 under the theme "Collaboration and Cocreation for the Future." The event not only aims to put into retrospect the journey of the preceding 50 years that the two countries have gone through together, but also looks into the future of new chapters and a centennial continuation created between their people.Please attend the event with your family and friends to commemorate the 50th anniversary of the Normalization of China-Japan Relations. 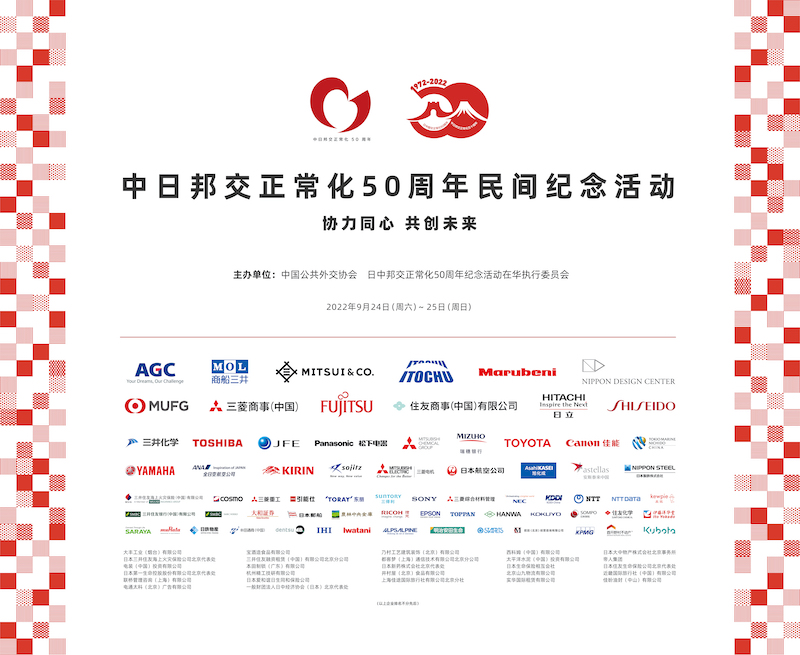 In addition, in partnership with DENTSU TEC, we launched a special edition of WeChat stickers using Dentsu Group’s well-known IP PANDA’s ana as the prototype, which is co-created with the young Chinese designer Ci Mei. PANDA’s ana is a capsule toy co-developed by DENTSU TEC and the Japanese pop toy maker TAKARATOMY in 2013. With the brand concept “A Wonderful Existence in a Wonderful World,” PANDA’s ana’s hundreds of novel and surreal figures from over 60 collections in casual and funny styles have captured the hearts of young generations in Japan, Southeast Asia and the Greater China regions.We added special elements in the creation of the stickers, including the souvenir badge for the 50th anniversary of the Normalization of China-Japan Relations. Personalized for our daily communications and scenarios, we hope to deliver the 50th anniversary message to more users. Please scan above WeChat QR code to download the stickers. (Note: Due to copyright restrictions, the PANDA’s ana sticker collection is only available for WeChat’s domestic version.) 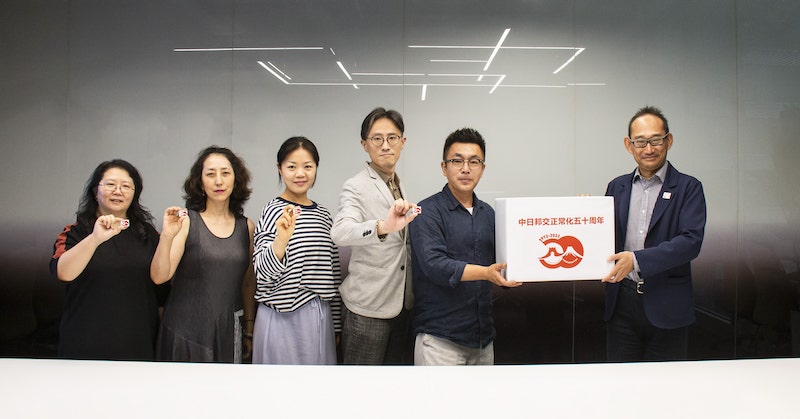 On the 50th anniversary of the normalization of China-Japan relations and the 121st anniversary of dentsu, and also the year we launched the new creative network, DENTSU CREATIVE, we look forward to collaborating with all to unlock boundless creativity, diversify innovations, connect the two countries across the economy, cultural and social exchanges, and importantly, make a difference to people, communities, and society. As Hiroshi Igarashi san, President and CEO of Dentsu Group mentioned, dentsu is commited to evolving into a B2B2S (Business to Business to Society) company. It means dentsu is more than a partner for businesses and brands, but also strives to be a partner for society.ONE DENTSU, ONE WORLD.