At 2022 IAI Festival in Beijing, DENTSU CREATIVE won the Grand Prix in Film Craft category with the “THIS IS VERY GREEN” video campaign created for Ant Forest’s fifth anniversary. The ultimate prize, which was reviewed and recognized by 140 final judges, came out after intense presentations along with other outstanding gold winners.

Besides, standing out from a crowd of 953 shortlisted works, Ant Fortune’s “Guidebook for New Investors” and Kang Shi Fu’s “Master Soup for Adults” won bronze awards in the categories of Entertainment Marketing and Film respectively. 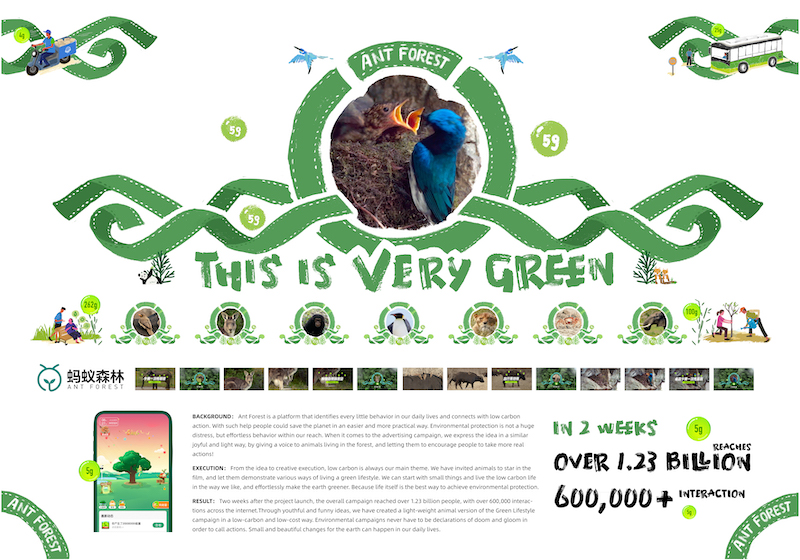 THIS IS VERY GREEN

Ant Forest is a green initiative launched by Ant Group (Alipay) to promote the concept and public efforts for a greener lifestyle. The mobile-game project rewards its users with virtual “green energy points,” in correspondence with the amount of reduced carbon emissions from environmentally conscious actions in real life. When these green energy points grow into a virtual tree on the app, Alipay will match by planting a real tree in desert regions.

In 2 weeks, over 1.23 billion people have been reached, with over 600,000 engagements across the internet. The idea was also presented in a low-carbon way, without traveling, shooting or carbon footprint, with an overall budget under US$50,000. It tells us small and beautiful changes for the earth can happen in our daily lives. Now, it's easier for everyone to play a part in a greener future! 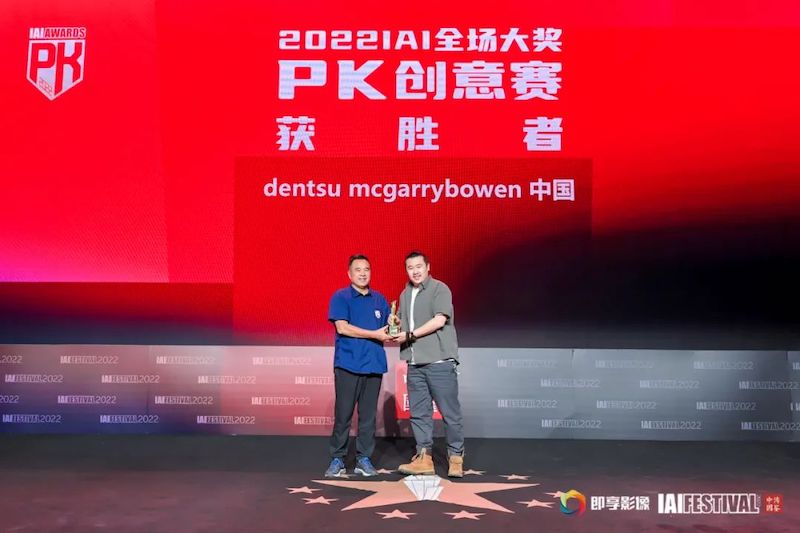 “We all know that Ant Forest cultivates the so-called green oasis. But how to foster the Ant Forest initiative and green lifestyle behaviors? The value delivered plays vital roles. As the popular Chinese saying goes, “lucid waters and lush mountains are our invaluable heritage and ultimate wealth.” Environmental protection has evolved into a real-life significance, in place of the previous ethical-driven scenarios.

For example, when it comes to the recent sizzling heatwaves in Chengdu, there’s nothing more than heart-wrenching as I’m a Sichuanese. But such environmental campaigns often convey a sense of imminent crisis. While people understand the importance of environmental protection, but they don’t like exaggerations and overstatements and hardly know where to start with good initiatives. Alipay, a platform we use daily, truly motivates us to voluntarily make behavior changes: e-payments and paperless billing, public transportation instead of car driving. Green lifestyles mean we practice environmental actions in our own unique, personal and easy way.

Some great film ads usually accompany long screenwriters and expensive costs. However, this time we delivered the concept of green through the very end in a smarter way—why not let forest habitants voice for themselves. Partnering with the production team and working in a low-carbon way, without traveling, shooting or carbon footprint, we collected a great amount of animal footages, produced dozens of episodes and eventually picked some of the best ones for the audiences. Such craft has been proven as a success and became Ant Forest’s distinctive storytelling style." 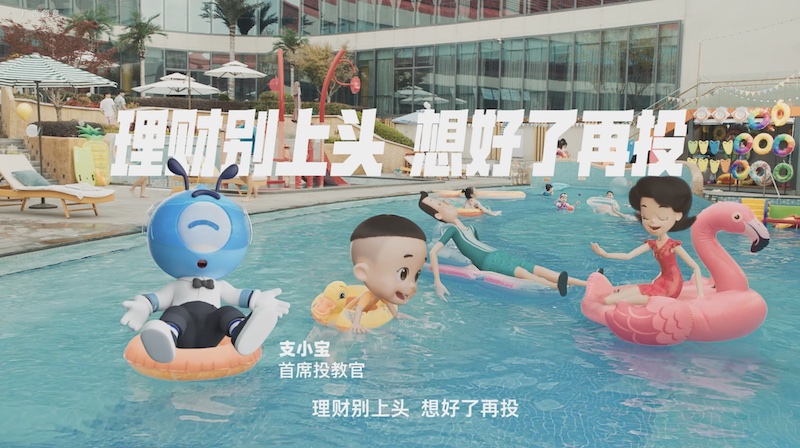 In the age of growing popularity in investment amid the shaky stock market, new investors are anxious and in desperate need of a clear guideline on how to make a fortune. In partnership with Ant Fortune, China's No.1 digital wealth management platform, we provided new investors with a guidebook on How to Avoid Spur-of-the-Moment Investment to keep calm towards wealth management.

Based on the client's clear brief and proposition “Keep good management of your money. Think before you invest.”, we collaborated with the famous Chinese animation “The Big Head Son and Small Head Dad” and created a series of nostalgic ads.

We want to resonate with new investors in a fun way. The creative ads start with the spur-of-the-moment scenarios in our daily life and then extend to investment, which inspires people to think over their irrational investments. In terms of art style, we chose to use 3D animated characters & actual scenes for the best presentation. Through numerous discussions with the director and production company, as well as the IP owner, CCTV Animation, while our team was taking turns in the physical performance, the five stories were released.

The project team: “With appreciation for Ant Group, we believe social responsibility helps corporates and brands see growth from good. Echoing the goal and mission of Dentsu Group. We hope to build a sustainable world together.” 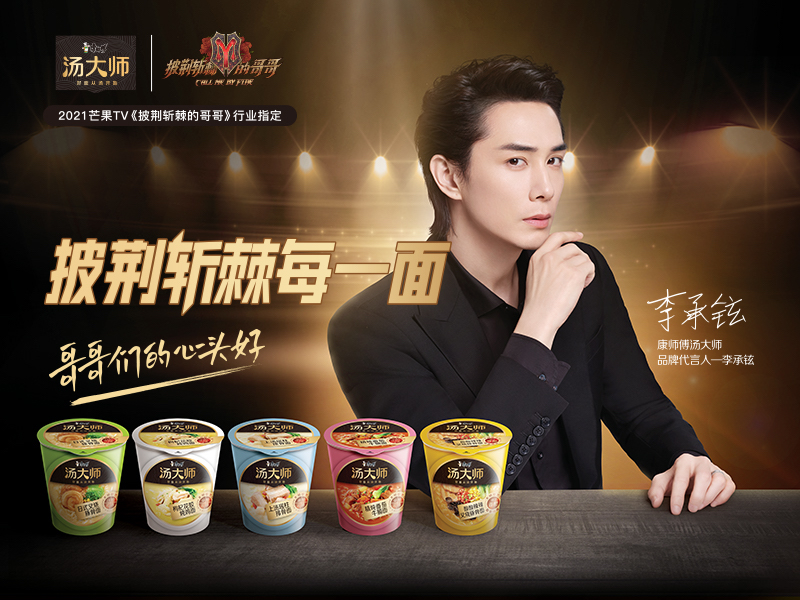 While pleasing Gen Z became the recipe for success in the FMCG industry, one consumer group has long been ignored: the mature, exquisite, and rich “adult” market. Kang Shi Fu decided to dive into the “adult” market with the launch of a high-end brand - the Master Soup. To create a signature in the "soup" market, Kang Shi Fu needs to innovate its products and bring them into different consumption scenarios, communicating with "adult" consumers.

We partnered with the variety show "Call Me by Fire", featuring dozens of celebrities who were once very popular many years ago. We found Lee Seung-hyun, a mature “adult” with experience, and also a "master" with real strength in his expertise. Just like Master Soup, every cup of soup is tasty and delicious when the perfect time comes.

On social platforms, it quickly triggered strong resonance among consumers and eventually earned 4.5 billion+ impressions, 88 million+ topic views on Weibo, and 46 million+ views on Douyin. Most importantly, in a generally sluggish market, the sales of Master Soup soared 168%.

Founded by The School of Advertising of Communication University of China, China Business Advertisement Association and International Advertising Institute in 2000, IAI symbolizes high-standard creativity and an indicator for trends. Even superior to the Gold Prix, the Grand Prix must satisfy dual requirements: the highest score plus over 40% votes by on-site judges. Online public voting and on-site presentation and evaluation accounted for 20% and 80% of the scores separately. The standards cover diverse aspects, including industry representation, market leadership, future trends, execution integrity, excellence in strategy and creativity, novelty and social impact.