● He graduated from the Communication University of China as a directing major in 1987.
● In 1988, he went to Japan to study film at the Nihon University College of Art.
● In 1997, he began to be in charge of the business related to Toyota, including its overseas business in Southeast Asia, India and China at the 1st Business Office of Dentsu Inc.
● In 2001, he began to be responsible for the business related to TMCI and FTMS at Beijing Dentsu.
● In 2006, he was transferred to Dentsu Inc. to be responsible for the training for Dentsu's overseas subsidiaries.
● In 2010, he resumed serving Toyota's overseas business at the 1st Business Office of Dentsu Inc.
● In 2011, he was sent to the Guangzhou Branch of Beijing Dentsu and was successively appointed as GAD, Executive General Manager and Deputy General Manager. During this period, he served clients that included GTMC, TMCI, China Guangfa Bank, Carlsberg Beer, Junlebao, Yinlu. On the basis of stabilizing and expanding the business of the existing clients, he has succeeded in developing new non-Japanese clients.● In July 2015, he was appointed as General Manager of Guangzhou Branch.● In August 2016, he was appointed as Vice President of Beijing Dentsu.● From January 1, 2019, he took on dual role as CEO of Guangzhou Branch. 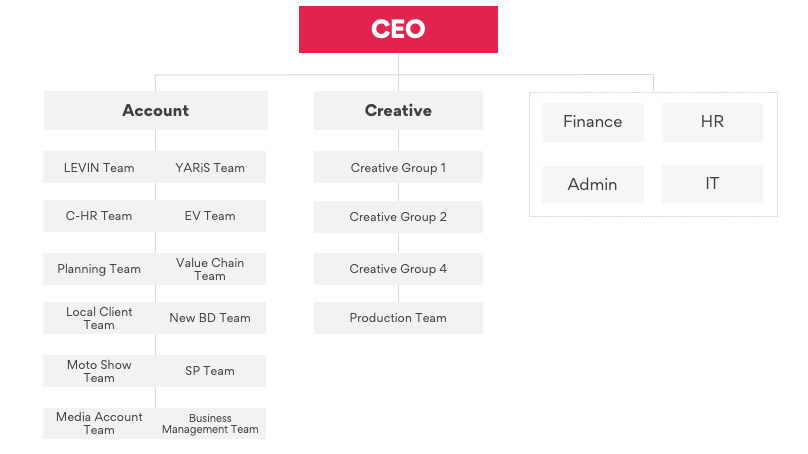